Back to Blog
Didn't expect to attend PyCon DE 2022, but somehow it worked out nevertheless. I arrived in Berlin at sunday evening. It's really good to be able to meet people in person again. 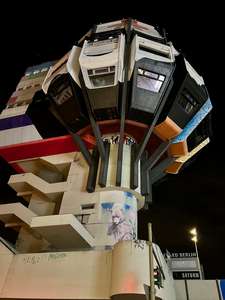 On monday morning there was I long line before the conference venue and I only arrived at 09:30, but I had no trouble to get in on time. Florian Bruhin greeted me from the waiting line, but he confused me with someone else. I should have used the opportunity and ask him about recording an podcast episode about pytest, but I was too perplexed. 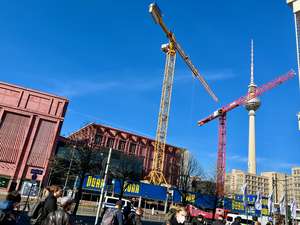 Some time ago I tried to join the Python Software Verband e.V, but didn't succeed. Filling out the form locally should work now :).

The first session I attended was Building an ORM from scratch by Patrick Schemitz and Jonathan Oberländer which was great. I had trouble following through because it was so fast paced, but I like to be challanged. Here's the code used in the presentation. 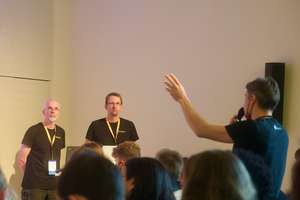 After lunch I listened to the keynote of the first day: Beyond the basics: Contributor experience, diversity and culture in open source projects, which was held online by Melissa Weber Mendonça from brasil. This is a really difficult topic, but there's also a lot of room for improvement.

The talk Python 3.10: Welcome to pattern matching by Laysa Uchoa was informative as well as funny.


Seeing the needle AND the haystack: single-datapoint selection for billion-point datasets was also interesting. Never thought about that it might be hard to visualize a dataset that has many more datapoints than the screen has pixels, but it's kind of obvious to me now :)

The last slot I attended on the first day was the lightning talks. There was a lot of interesting stuff, just to hightlight some: But the most valuable experience was of course running into people I haven't seen in a long time and learn about the interesting stuff they have been up to in the meantime.