Back to Blog
Seems fastdeploy is getting ready soon. At least the backend part :). 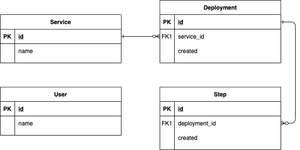 It's a vue SPA which get's notified about deployment events / steps via a websocket connection. The client communicating with the application server is a vue plugin and accessible to all components.

Things I Looked at Last Week